Free up to 30% of resources, reduce operating costs by up to 25%, increase profitability up to 20%.

Optimized scheduling for aviation, logistics and other complex industries and services.

BoldIQ’s Solver is a powerful software solution that uniquely solves complex planning and scheduling problems using artificial intelligence and automation. Solver enables businesses to improve profitability by maximizing asset and resource utilization while improving customer and employee satisfaction. At BoldIQ we embrace the complexity of our customer’s business and understand the need for fast, optimized scheduling, instant availability checks and effective disruption recovery.

This large air charter with over 70 aircraft and 250 crew members runs a distributed, complex organization with thousands of active parts moving minute by minute. It needed scheduling optimization software that could quickly create schedules for aircraft and crew tailored to its business needs, while also maintaining compliance with regulatory and business rules, granular crew qualifications, and pilot schedule restrictions.

Solver optimized a seven-day schedule for the company to compare against its current scheduling. During the run, Solver was able to present a pick of different schedule options, each with modified rules, penalties, and costs, based on key priorities such as increasing revenue-bearing flights or conversely, reducing costs by limiting deadheads.

The power of Solver became clear as the company is able to balance key business strategies through real-time optimization of its schedules. Solver uncovered $90MM in annual untapped value through a 65% increase in revenue legs. If the key business priority becomes a reduction in costs, then over the same period Solver delivered a 33% reduction in deadhead minutes, for an annual savings of approximately $19MM.

More about Solver for Aviation

Order fulfillment up 10%, drive time up 19% through optimized scheduling

This leading North American logistics company looked to optimize its fleet to maximize order fulfillment and provide its drivers with more hours as a key element in its retention strategy.

Operating a dedicated fleet with 61 drivers, 12 of whom are overnight drivers, the company is committed to having them all at home at the end of a maximum 10 hour drive time. Moreover, there is a 24 hour maximum on order ageing in place.

Solver optimized a week-long schedule for the company to compare against current scheduling. During the run, Solver was able to present a pick of different schedule options, each with modified rules, penalties, and costs, based on the key priorities of increasing the number of orders fulfilled, complying with drive time stipulation and ensuring all drivers are home at the end of their shift.

With those two key goals in mind, BoldIQ’s Solver stood out by delivering a 10% improvement in order fulfillment (with a corresponding 71% decrease in rejected orders.)
Firstly, this means the company can now fulfill a significant number of orders that previously may have been dumped on the spot market.
As importantly, drivers are now seeing an increase in their drive time hours of nearly 19%, or more than an hour daily on average. With a driver shortage looming, the increased pay serves as a critical loyalty incentive.

A leading European security company looked to optimize its schedule to reduce the number of required shifts and overtime, and to understand why, despite a contractual obligation for 100% shift fulfilment, there were still holes in the schedule.

With a complex and dynamic schedule, this security workforce was not optimally utilized with the existing system, resulting in unfulfilled and unnecessary shifts, and extraneous overtime costs. In serving a number of Fortune 500 companies around the world, regulatory compliance is a central KPI.

Solver was run on a 15-day trial against the customer’s current scheduling benchmarks for 16,550 tasks.

Using real-time optimized scheduling, Solver immediately reduced the number of employees required to complete the schedule. This meant a reduction in overtime as well as the overall number of shifts required.

And with a reason code now attached to each of the unfulfilled shifts, schedulers could now understand better how to complete 100% of the contracted schedule, a significant challenge given compliance criteria and evolving customer demands. 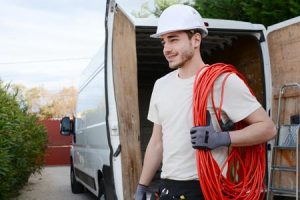 Find out more about Solver for Workforce Management

This leading grocery wholesaler had several goals in mind when it came to improving its private fleet delivery operations. Significant costs could be shaved by improving driver utilization and reducing dead-head (backhaul) miles, while also maximizing order fulfillment. The general expectation was that this would reduce the overall number of driver shifts required to maintain service levels in each schedule.

Additionally, the company has complex significant cross-dock and relay requirements, making for additional rules that the existing system was unable to model successfully.

In fact, one of the chief reasons BoldIQ was asked to deliver this PoC is the speed to optimize schedules is hindering operations for this multi-billion-dollar company.

The first was designed to minimize driving minutes and miles, with the expected benefit of reduced shifts.

The second was designed with the same goals, but with the added complexity of the cross-docking and relay requirements under consideration. The goal here was to increase the number of stops that could be accommodated in the schedule.

Within minutes, Solver presented schedule options, each with modified rules, penalties, and costs, based on the key priorities of optimizing routes, drive times, and shifts, while complying with FMCSA regulations.

On the first run, Solver stood out by delivering a 10% decrease in both drive time and in miles driven. This did in fact lead to a 31% decrease in the number of driver shifts required for the same schedule.

With the second run, Solver delivered a 32% decrease in deadhead miles, and was able to increase the total number of stops by over 5%.

For an operation of this size, these improvements are significant and directly impact the bottom line. For instance, the first optimization translates into $2.4MM in operational expense savings annually, based on the ATRI 2018 average marginal cost per mile of $1.82.

More about Solver for Logistics

How AI is Transforming Business in the Aviation Industry

Artificial Intelligence (AI) is changing the business landscape of many industries – and aviation is no exception.  In the January installment of Vantage Point, the ERAU-W College of Business welcomed Shelly Freeman, Chief Operating Officer of BoldIQ and Jason Demkowicz, Product Owner for the Operations Planning team at NetJets Aviation.  Learn from these industry professionals just how AI has impacted their organizations and the industry as a whole.

Find out more about Solver