What do bots and Henry Ford have in common? Efficiency 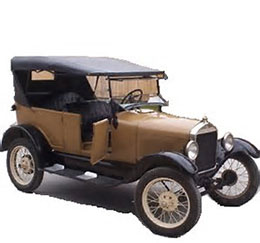 It seems like every headline these days is either praising or despairing the impact artificial intelligence (AI) and next-gen technology will have on society, especially as it relates to the workforce. Will the introduction of AI, bots, drones and autonomous vehicles permanently alter the current job landscape as we know it? Probably. AI is poised to replace 6% of U.S. jobs over the next five years, according to Forrester. But before you become too concerned about the current state of your job stability, let’s take a deeper look.

As with every revolution, some change is to be expected. Industries will be affected by new technologies by varying degrees, but most changes will come in waves. Almost immediately, we’ll see retail jobs like floor sales and cashiers, delivery drivers, and technicians impacted. The introduction of bots embedded into things like appliances and machinery means self-diagnosis and perhaps even in some cases, self-repair will be possible — reducing the need for human technicians. Of course, we will still need these types of skilled workers, but their time will be freed up for more complicated projects and repairs.

Longer term, we’ll start to see next-gen technologies reduce the overall number of humans in the workforce in fields such as aviation. Technological advancements in the field of autonomous vehicles could allow airlines to be piloted by AI sooner rather than later, but passenger psychology will impede this process for the foreseeable future. As a society, we just aren’t ready for a fully autonomous Boeing 787, although don’t be surprised if cargo aircraft start this sooner. And it doesn’t stop with pilots; we’ll also see call centers staffed by AI bots capable of answering phones and solving problems. Or notice TV news anchors, weather reporters and other information transfer jobs transitioning to AI.

There is no stopping these technological advances. Sounds like a lot of gloom and doom, right? That’s only one view (sometimes also referred to as “glass half-empty”). But before we condemn these technologies and try to limit them or stop them, we need to consider what we already know from the past as we look toward the future. When Henry Ford first introduced the Model T car in 1908, it’s likely he didn’t foresee the full scope of events he would set in motion. By 1914, Ford’s production line had reduced assembly times from 12 hours to less than 2.5 hours. By putting 15 million Model Ts on the road, Ford forever disrupted the auto industry by slashing the price, redefining the working wage and ushering in a phase of innovation that was previously unseen.

If we think about it, at what point did the introduction of a new technology not raise complaints and issues about taking away jobs? Cars instead of buggies and horsewhips, calculators instead of manual computation, assembly robots such as in auto plants, direct-line phones instead of going through a switchboard… Every major technological introduction has its side effect (and yes, perhaps, even purpose) of potentially completely, or partially, replacing the human worker in the equation. But we have also seen that these same technologies enable new services and even industries to be created — and, with them, new jobs.

Think of Amazon, for example. As an online bookseller that “collapsed” the need for thousands of bookstores, one could argue it eliminated bookstores and bookseller jobs. But the truth is it created jobs elsewhere: deliveries, logistics, warehousing and call centers are a small direct example. Moreover, look at how many people can start home-based businesses, or grow their retail businesses because they can now expand their market reach via Amazon’s marketplace. Does that, perhaps, create jobs too?

As we look ahead to the future, we should not be asking, “How can we reassure the public there will still be job security?” Rather, we need to be asking, “How do we best position ourselves to take advantage of the future?” These technologies are sure to displace manual labor in certain industries — like call centers or production facilities — but will they also simultaneously open up the door to new and unforeseen opportunities?

There is really no such thing as job security, regardless of bots. Did employees of Kodak, PanAm and Lehman Brothers have job security? What about engineers at Boeing that are currently going through layoffs? The jobs lost in those cases had nothing to do with AI or bots. What people need to do is see and understand what is happening around them, and think about how they can best utilize their skillset (and/or acquire new skillsets) to find a place — or better yet, create a place — where they can provide value others will pay for. Ingenuity, innovation, perseverance, flexibility and grit are what will ensure people a job in one form or another.

All in all, there are two ways view this revolution. The first is a gloom-and-doom mindset that bots are taking over and stealing our jobs. Or the more rational option, at least in my opinion, is that new technology will positively advance our workforce so we should use it to our benefit. As a society, we’ll be better off embracing change and looking at how it can serve us rather than fearing change. We don’t want to go the path of Kodak — denying digital and ending up as a lesson in history.

There’s no doubt there are unknowns when it comes to AI and the future job landscape, but transformation and adaptability have been an inevitable part of our nation’s and in fact our world’s history. As innovation and invention remain core pillars of our societal DNA, the next phase we need to embrace is the digital revolution.