Our customer GlobeAir shines in Europe 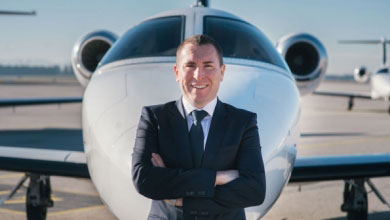 Textron Aviation has ceased production of the Citation Mustang due to low demand, but that’s not slowing Bernhard Fragner’s success with the VLJ in Europe. The founder and CEO of Linz, Austria-based air taxi operator GlobeAir reports a 14+% surge in VLJ departures from March 2016 to March 2017 compared to the year earlier. This follows GlobeAir’s 22% growth in VLJ air taxi operations from 2015 to 2016.

Fragner, among other European air taxi operators, saw the potential for VLJ air charter a decade ago. It has increased markedly in the past few years.

“Demand for business aviation is increasing…. People are increasingly waking up to the fact that in many cases it makes more sense to charter an aircraft or take a private jet ‘taxi’ instead, and avoid the huge financial cost and burden of owning your own jet.”

Fragner points out that the average mission in Europe is 1.5 hr. and the average passenger load aboard his aircraft is 1.4. Occasionally, GlobeAir’s Mustangs carry four passengers.

GlobeAir (Booth C64) now operates 18 Mustangs. Having reached critical mass with the type, the firm now permanently bases aircraft at Luton and Biggin Hill near London, plus Le Bourget, Geneva and Nice, along with Zurich and Munich.