BoldIQ interviewed for the future of trucking in Fleet Owner

Should trucking shift to a “demand-driven” mode of operation in 2017? This software provider thinks it will be vital to do so. 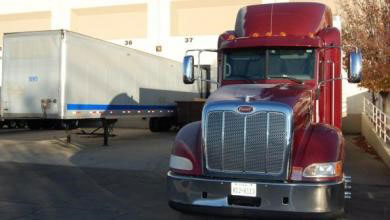 Roei Ganzarski, CEO of scheduling BoldIQ, which provides optimization software for asset scheduling, believes trucking and the freight transportation industry as a whole is ripe for a shift to a “demand-driven” operational format in 2017.

But what does that exactly mean?

A Boeing executive with 13 years under his belt in the commercial aviation industry, Ganzarski believes the wider use of “real-time data” by trucking and logistics providers will be critical in terms of meeting customer demands for faster yet less costly freight delivery services – while doing so in a way that helps preserve the bottom line of transportation companies.

Ganzarski further fleshed out that forecast for freight industry changes in a recent interview with Fleet Owner.

What’s in store for freight transportation companies in 2017 as they look to adjust in the decrease in demand?

The decrease in freight demand combined with the growing “on-demand” economy is driving the need for transportation operations to become more “demand-driven.”

“On-demand” means a consumer or customer can get what they want, at the time and place they want it, and only have to ask for it when they are ready to ask and not before. While this is the customer facing aspect, the transportation operator aspect – the organization that needs to provide the service – must be “demand-driven” in order to serve the on-demand need in an efficient manner that enables scale, growth, and profitability.

Being “demand-driven” means having the ability to utilize your resources at the highest level possible and do so in real time in a dynamic and ever changing environment – and this also assumes organizations have finite resources to do their work. This must be viewed differently from the so-called “sharing economy” where an operation will use someone else’s resources because they are so inefficient, as they have spare time or unused capacity. The sharing economy in fact thrives on the inefficiency of the current [freight] environment.

I believe this will lead to three trends:

We will see continued focus and trials on this type of technology, but I doubt we will see it implemented in 2017.

In 2017, truck operators should focus on how they can better utilize the trucks and drivers that they have today.

What are the biggest implications for the transportation and logistics industry in 2017 with advancements in the Internet of Things (IoT), big data and software?

The biggest implication is the real ability to improve operational efficiencies in he controlled part of the business – i.e. use of controlled resources such as vans, trucks, planes and ships, drivers, pilots, and crew. These resources are both the major growth constraint and the major cost factor in the operation. Being able to truly “do more with less” is now a reality, if taken advantage of.

What is the number one pitfall contributing to operational inefficiency in the transportation and shipping industry? How can this be mitigating in 2017 and beyond?

The false belief that demand is what should drive the growth and profitability of the industry is the key driver (pun intended) to operational inefficiency.

Companies tend to latch on to the one thing they really can’t control – demand. And they base their resource plans, growth plans, and cost cutting plans to that one element.

Yet the one element they can fully control – the use of their own resources – is too many times left as an afterthought. While the demand side of the equation is becoming more and more “on-demand,” dynamic, and in real-time, the supply side of the operation (the resource side) remains static and lagging.

Companies in 2017 can overcome this by shifting their mindset to do what it takes to become demand-driven; i.e., able to shift and utilize resources in a dynamic real-time fashion thus enabling them to quickly adapt their operations to the existing status of the demand’s on their operation.

The technology to do this exists today. The mindset and will to do so is what is required.

Click to read the full story on Fleet Owner