Washington state has thousands of unemployed veterans and an estimated 20,000 unfilled technology jobs. Cost is the most prohibitive aspect for many veterans interested in learning to code.

Daniel Browning was a network administrator with six years of experience working under extremely challenging conditions. His experience, though, wasn’t enough to get him a job, even in tech talent-starved Seattle. That’s because Browning’s experience was in the U.S. Army, not the private sector. 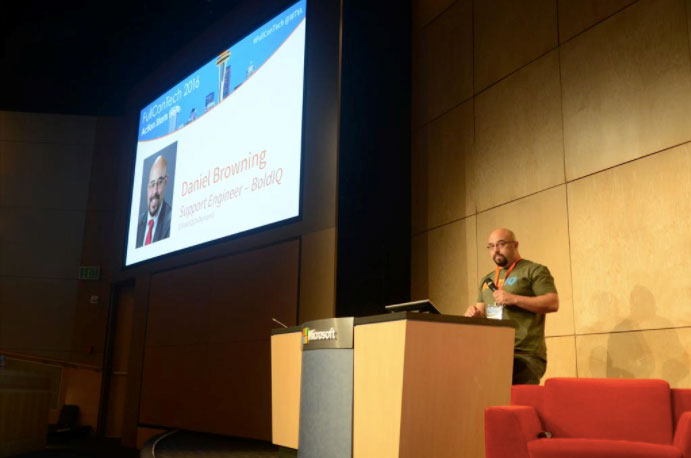 The unemployment rate for veterans in Washington state is 3.8 percent, according to the U.S. Department of Labor. It’s slightly higher among veterans who served after Sept. 11, 2001, at 4.1 percent.

Meanwhile, Washington’s economy suffers as a result of an estimated 20,000 unfilled technology jobs that prevent promising companies from growing and succeeding.

The state’s thousands of unemployed veterans could help fill the need, and Washington coding schools – which train basic computer science skills in a matter of weeks or months, not years – could help prepare veterans for technology roles.

While that may sound like a simple solution, both the veterans and the code schools have encountered major challenges in making it happen.

The military teaches many of the soft skills required in technology roles, including attention to detail and working on teams, and veterans can often easily transition into the jobs with some technical training. Plus, many have obtained the security clearances necessary for government projects in the technology industry.

The tech industry has started to take notice. Amazon founder Jeff Bezos earlier this year pledged to hire 25,000 veteran and military spouses at the company, including training 10,000 veterans and spouses for cloud computing roles. Microsoft and many other technology companies including EMC and SpaceX have initiatives for hiring veterans, too.

The trouble is – even with deliberate measures, such as veteran-only job fairs – the skills veterans learn often don’t satisfy the region’s technology recruiters. There can be a stigma against hiring candidates who didn’t graduate from one of a handful of four-year universities.

As demand for technology talent continues to grow, though, companies are having to consider candidates whose backgrounds look a little different than the traditional Stanford graduate.

Dozens of code schools have formed to respond to the industry’s insatiable demand for programmers. Seattle has at least 12 code schools. Nearly all of them have opened in the past five years.

“A lot of people are often overlooked for a job they can do,” said Sonny Tosco, a recent graduate of Bellevue-based Coding Dojo’s California program.

The son of Filipino immigrants, Tosco wanted to be in the military from the time he was 4 years old. He graduated from prestigious military academy West Point and served in the Army until 2012, when he moved home to Silicon Valley.

“I was having an existential crisis and questioning my purpose outside of the military,” he said. “So I decided to go all-in.”

Tosco founded a company called Limelight, a mobile app that allow users to see others on a map and ask for a photo of their location. The app was inspired by an experience he had in 2012 during the Arab Spring, when he wanted information from people on the ground. He spent two years on the project before giving up on it and enrolling in a coding school. He graduated in early November and already has another plan for a startup.

“From a young point in your career in the Army, you’re already bestowed responsibility, leading people and managing resources,” Tosco said. “I was 28 and chief of operations for a 300-member organization. It was like being CEO for deployment. I don’t often see people that young having responsibility in the corporate world.”

Coding schools can help veterans like Tosco supplement the job skills they learn in the military with fundamental computer science skills. But for many veterans interested in learning to code, cost is the most prohibitive aspect.

When Army veteran John Shaff decided he wanted to use his military experience for a technology career, he didn’t want to go back to school for four years.

But the G.I. Bill – the government program that pays for veteran’s undergraduate education – wouldn’t cover his coding school tuition, which can cost tens of thousands of dollars.

“It was honestly very frustrating,” said Shaff, who deployed from Washington’s Joint Base Lewis-McChord to serve as a infantryman and later as an intelligence officer in Afghanistan.

The G.I. Bill covers the full cost of an undergraduate education at any public university or college in the U.S. and many private schools. It also covers non-college degree programs, including truck driving, HVAC repair, emergency medical training and beautician schools. Code schools, until very recently, were not included.

In August, Seattle-based Code Fellows, where Shaff eventually enrolled, became the first coding school in the state to receive approval for the government program.

“From the military perspective, you don’t want to spend an additional two to four years in school. These are adults who have lives and want to transition from their military experience as quickly as possible,” said Code Fellows CEO Dave Parker, whose father-in-law was also a West Point graduate.

What’s great about the Code Fellows programs, he said, is that veterans who want jobs get into the workforce much faster than they would it they went to a traditional school.

Code Fellows has a variety of programs, most of which take about 10 weeks to complete. The school has trained more than 650 students since it was founded in 2013 and has a placement rate of more than 95 percent with an average starting salary of $71,000.

Still, most coding schools aren’t yet able to accept the G.I. Bill and many veterans with technology ambitions, regardless of experience, might have to settle for lower-paying careers.

The Washington Technology Industry Association and other advocacy groups are trying to change that by getting skilled veterans in front of tech companies looking to hire. It’s already starting to work.

Browning, the former Army network administrator, graduated from Code Fellows earlier this year. Through a WTIA program, Browning was hired on at Bellevue startup BoldIQ and has become one of the growing company’s most promising employees.

If Browning could teach computer networking to a group of Afghani citizens in the midst of a war zone, BoldIQ CEO Roei Ganzarski said, the veteran would likely do well at the scheduling software company.

“What we found was (he has) tremendous skills, capability and passion for what (he is) doing,” Ganzarski said, “and (he has) been able to achieve even more than we would have expected from any hire, even a brand-name school.”

Click to read the full article in the PSBJ